On the Beaten Path 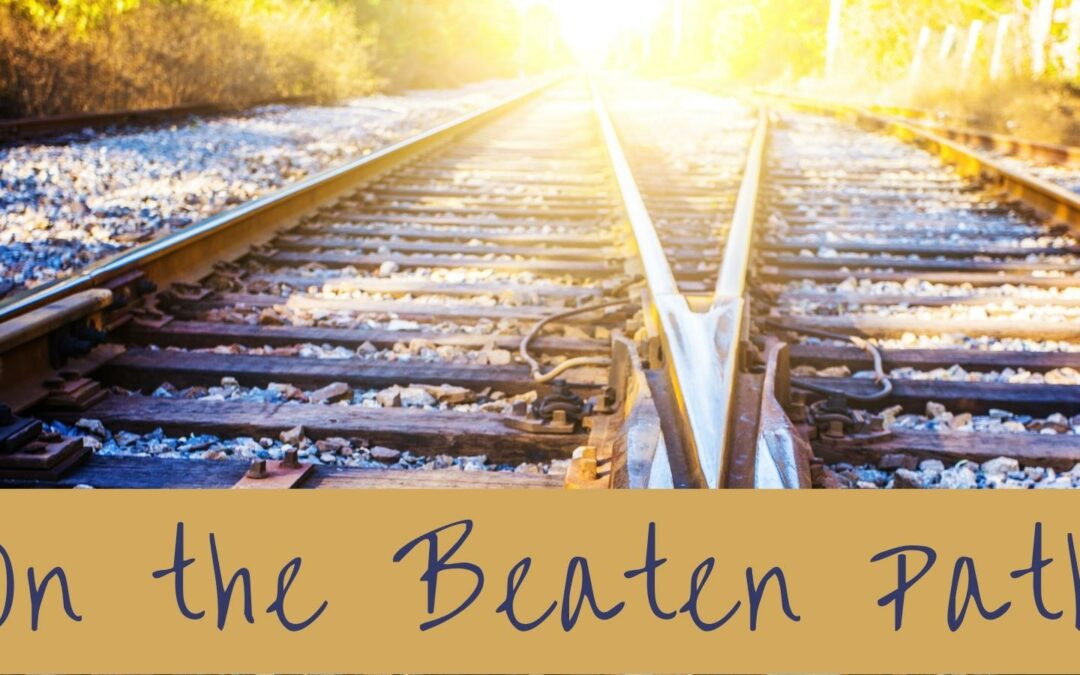 We did an interesting activity in parent meetings this week, where each person was asked to choose a picture that described what Norfolk Christian meant to them from a group of random objects. The stories were sometimes amusing but often quite powerful. One parent chose a key, to show the confidence her child’s teachers have unlocked by encouraging his ideas. Another chose a carabiner, because no matter where her children go, they are attached to and supported by the loving NCS community. One mom selected a card with multiple objects, in appreciation of the ways her four children, all with very different personalities and learning styles, have been uniquely loved, cared for and challenged.

In choosing my own card, I was immediately drawn to the picture of train tracks, for two reasons. First, Proverbs 22:6 has been a foundational verse in my life, as both a parent and a Christian educator: “Train up a child in the way he should go: and when he is old, he will not depart from it.” This is one of the promises we stand on as we partner with you to nurture Christ-centered children and young adults.

The second reason I chose train tracks recalls my youth growing up in the farmland of Western Pennsylvania. Dirt lanes were common, so I grew up driving to locations with no lane markings. The only things drivers had to guide them were the tracks created by other cars that had traveled the road before them. Those well-worn ruts were what kept cars and people safe on bumpy, unpredictable ground. Of course, every teenage boy had the same idea at some point, of blazing his own trail outside of the smooth path created by other cars. It didn’t take long for most of us to learn that venturing over the sides of those tracks was not easy or pleasant, (especially for the undercarriage!); the steep boundaries worn into the path would quickly jar you right back to the smooth terrain you were hoping to leave.

This is really what we do here at Norfolk Christian. In training our students to understand God’s Word and how He wants us to live, we are creating that well-worn path that will guide them as they travel through the uncertain terrain of life. Countless teachers, coaches, mentors, and parents have driven the path ahead of them, etching those boundaries into an otherwise turbulent landscape. And while some of our Ambassadors will faithfully stick to the smooth tracks, others will want to experience life outside of them. When they start to veer away from the straight and narrow, our prayer is that the ruts we’ve built into their lives will push them back to the safety of God’s Truth.

During the picture activity I spoke of earlier, one of our directors chose the photo of a plastic monkey from a Barrel of Monkeys game. He explained that, to him, Norfolk Christian is a place where our community – from students to staff to alumni to parents and families – is linked arm and arm, held together by Jesus Christ, and all striving for the common purpose of molding young Ambassadors who will serve Him as they go into the world.

This is why we exist–to equip Ambassadors for Christ, by laying the groundwork within community that will guide them as they face unseen and unexpected challenges. Thank you for your partnership in this mission! Welcome to the 2022-23 Head of School Blog. I publish these the last Saturday of every month on topics that relate to our mission, our culture, and the specific things we do to give your children the best possible education here at NCS. I hope you will be encouraged by them. If you ever have questions or requests related to this blog, please don’t hesitate to reach out! I love hearing from our families and would be delighted to discuss past, current or future topics. Thanks for reading!